14 Things to Know When Buying Liquor at Costco

Costco is the largest alcohol and wine retailer in the U.S. The Costco liquor store offers a broad selection of brand-name liquors, wines, and beers, including an extensive collection of their private label spirits, Kirkland Signature.

Kirkland Signature liquor stands up to all the brand name spirits but at nearly half the price. In this article, we’ll walk you through a number of things to know before purchasing alcohol at the Costco liquor store!

1. You Can Purchase Nearly Every Spirit at the Costco Liquor Store

Some of the different options include:

Marie Clark, a self-proclaimed Costco Contessa, has the low-down on Kirkland Signature Kentucky Bourbon that made it to Costco stores earlier this year.

She states that Costco usually keeps their distilleries on a need-to-know basis, but they happily shared their new Kentucky Bourbon is distilled at the one and only Barton 1792.

Many Kirkland Signature spirits are thought to be distilled at other top-rated distilleries, much like Barton 1792, which is why people love them so much!

Not every Costco liquor store sells liquor, but more than half of their locations do.

The magazine also writes that the stores in California, Florida, Illinois, Indiana, Washington, Washington, D.C., and Wisconsin sell more alcohol than any other location!

2. Costco Alcohol Is Cheaper Than Other Brands

If you buy Costco’s Kirkland Signature label, the Costco alcohol prices are lower than other brands. Sometimes the price can reach nearly half the price of other well-known brands.

Not only that, but Costco is known for its low prices. So, even other branded alcohol products are cheaper at Costco than in regular liquor stores or retailers.

You can even purchase alcohol at Costco without a membership, whether their in-house label, Kirkland Signature, or a name brand.

The only downside is this option is only offered in states that legally require Costco to do so. Some states have local laws that prevent Costco from only selling alcohol to their members, 14 states to be exact. They are listed in the sections below.

Marie Clark goes on to state that the best Costco liquor deals are around the holidays. Most of their major brands offer a buy two take $5.00 off each bottle deal.

This is a no-brainer! Customers continuously talk about the taste and price of this Costco vodka over the famous Grey Goose.

It’s clear that price isn’t everything, at least when it comes to the price of vodka at Costco!

4. There Are 10 Types of Kirkland Costco Whiskey

Daniela Sawyer is a Costco member from Los Angeles, CA, and states that Costco currently has ten different types of whiskey under their Kirkland Signature label:

Costco is the world’s largest retailer of Scotch Macallan, but it isn’t considered a Costco Whiskey. You can, however, pick it up at a discounted price from Costco.

Scotch Macallan 18 costs anywhere from $60 to $80 at Costco, which is a steal compared to its regular $150 price tag!

Just discovered Costco liquor stores DO NOT require a Costco membership. So new songs will be brought to you by Kirkland brand prosecco.

5. You Don’t Need a Costco Membership to Buy Kirkland Liquor

Kirkland Signature constantly receives raving reviews on its products. Anything from household supplies to cooking supplies and more. Even Kirkland liquor is making a name for itself.

Many people compare Kirkland liquor to most top-shelf spirits, but Kirkland prices are 20 to 40% cheaper!

Here are the 14 states that allow customers to buy Kirkland liquor at Costco without a membership:

All you have to do is head to the membership desk when you walk in and ask for a temporary pass. Daniela Sawyer suggests the easiest ways to get the best deals on liquor at Costco are as follows:

6. There Is One Kirkland Whiskey That Stands Out From the Rest

If you still want good whiskey but don’t want to pay $80 for a bottle for the name brand, Costco’s Canadian Whiskey is $30 and is believed to be produced by none other than Crown Royal, based on the labeling alone.

Just look for the purple label and little golden lions and double-check to make sure the top says Kirkland whiskey and not Crown Royal.

Alexander Murray & Co. works with 12 different Scottish Distilleries, and Costco’s Kirkland Irish Whiskey is presumed to be one of them. Some believe it could also be distilled at Macallan Distillery. Both are reputable distilleries.

A lot of customers’ main question is whether Kirkland Irish Whiskey is Jameson or not.

According to Forbes, the most logical guess is that Kirkland Irish Whiskey is distilled by Irish Distillers Ltd. (IDL), the largest whiskey distillery in Ireland.

They say this simply because the whiskey is triple distilled, and only IDL has the power to produce in volumes Costco needs.

IDL is also the distillery for Jameson, so why not follow in the footsteps of the most popular Irish whiskey in America?

Kirkland has three well-known tequilas, Reposado, Silver, and Anejo. Kirkland Tequila Anejo is known for being one of the best tequilas under $30.

Much like other Costco liquor, it is made by a company popularly known for crafting several specialty tequilas, Fabrica de Tequilas Finos.

Another thing that sets Kirkland Tequila Anejo apart is its color, which is achieved via a 12-month oak aging process before bottling. This aging process also gives it an undeniable whiskey flavor!

Thursday night calls for homemade spicy pineapple margaritas. And for the record — the Kirkland Signature silver tequila is 👌 pic.twitter.com/G6aUsVrFIh

9. Kirkland Tequila Silver Is the Best for Margaritas

Studies have even shown that tequila can break down fat to lower cholesterol levels and potentially even help with digestion. So Kirkland Tequila Silver is the perfect excuse to make a cocktail!

10. Hennessy Is the Top Seller Cognac at Costco

According to Costco, the majority of cognac sales come from Hennessy and Remy Martin. In addition, Costco offers its own bottle known as Kirkland XO Cognac, which is one of the best Kirkland liquors in general.

It’s not uncommon for Cognac bottles to resell for double the retail price. So, it is a good day when you score a tasty bottle of Cognac for $50-$60.

Kirkland XO Cognac is made from Ugni Blanc grapes inside oak barrels in France. Unfortunately, it is only sold seasonally, so be sure to get it while you can!

you know what they say.

11. Suntory Hibiki Is the Costco Japanese Whiskey Worth Buying

Created to commemorate the 90th anniversary of Suntory Corporation, the Suntory Hibiki is a dry, smokey Japanese Whiskey compared to most American bourbons and ryes.

Suntory Hibiki Whiskey is a pricier Costco Japanese whiskey at around $60 per bottle, compared to the Suntory Toki bottle at $30.

Patron Silver Tequila retails for nearly $105, but Costco sells the same bottle for $80. Patron Tequila Costco Prices are cheaper than any other liquor store, so if you live near a Costco, it is by far the best place to shop for tequila.

It’s hard to beat Patron in a tequila review, especially for a tequila that isn’t very good when someone drinks it straight.

However, Kirkland Tequila Silver is the option to go with if you don’t want to spend almost $100 on a bottle of tequila!

Scotch options at Costco with Kirkland label are as follows:

Much like other Costco liquors, the Scotch at Costco is much cheaper than anywhere else.

In 2013, the warehouse managed to land an inventory of the Macallan Lalique 60-Year-Old Single Malt Scotch. They priced it at $17,000, which was still a $6,000 discount from other retailers!

14. Wine Makes Up Half of Costco’s Alcohol Sales

Costco is the largest wine retailer in the U.S., and they have an extensive wine list. According to Costco, wine sales make up half of their alcohol sales, and the remaining half is split between beer and spirits.

Some of the great wines at Costco include:

Costco also has its own Kirkland wine selections, including:

Costco liquor is much cheaper than other liquors on the market. Not only that, but name-brand liquors are also cheaper at Costco. And in 14 states, you don’t even need a membership to purchase alcohol at Costco.

No one can beat their prices and inventory, so that makes Costco the number one place to shop for all your liquor needs!

If you’re interested in finding out more about shopping at Costco, check out the related articles below.

Costco Gift Cards: Where to Buy and How to Use Them

Costco Delivery: How It Works and How Much It Costs

Costco Cakes: Your Guide to Buying Cakes at Costco 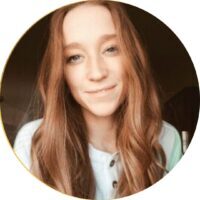 Lindsey Blakley is a content and e-book writer with over five years of experience. She has a passion for food and health & wellness. When she’s not working, she loves being out in nature with her family.