What Are McDonald’s Shakes and Why Are They Not Called Milkshakes?

McDonald’s shakes are thick and creamy, but have you ever wondered why they’re not called milkshakes? Although some rumors have hypothesized that it’s because they don’t contain any dairy products, the real answer is more of a technicality.

In this article, we’ll cover what McDonald’s shakes are and what you can expect when ordering them. We’ll also take a closer look at the popular seasonal Shamrock shake and its history.

Read on for the sweet details!

McDonald’s doesn’t call its shakes ‘milkshakes’ because the fat content of a McDonald’s shake does not qualify it as a milkshake under some dairy regulations.

In addition, what defines a milkshake varies by location.

Milkshakes and other foods are regulated by guidelines, one of which is how much fat content is in a milkshake.

McDonald’s shakes are made with the reduced-fat soft serve that makes them thick and creamy but doesn’t contain enough fat to qualify them as a milkshake in some states.

Some states consider blended ice cream a milkshake, while others call it a frappe, and some make milkshakes by simply combining milk and syrup.

Rather than serving a different menu in each state, McDonald’s chose to keep things simple and call them ‘shakes’ instead.

What Are McDonald’s Shakes Made Of?

The base of each McDonald’s shake is their vanilla reduced-fat ice cream, which is made of the following ingredients:

The vanilla soft serve is blended with syrup to create each shake flavor.

Each milkshake is also topped with whipped lite cream to put the final touch on these sweet and creamy desserts.

What Shakes Does McDonald’s Have?

McDonald’s has three standard shake flavors – chocolate, vanilla, and strawberry. Each shake begins with the same vanilla soft serve ice cream base and is then flavored by a shake syrup and topped with whipped cream.

Let’s take a closer look at each shake at McDonald’s.

The McDonald’s Chocolate shake is a decadent treat for any chocolate lover.

It blends thick vanilla soft serve with a chocolate shake syrup made with real cocoa to create a rich, smooth, chocolatey drink.

This shake comes in a small, medium, or large size and is served with whipped lite cream.

The McDonald’s Vanilla shake gets its vanilla flavor from the soft serve ice cream and uses a vanilla shake syrup made with vanilla extract to intensify the flavor.

This Vanilla shake comes in a small, medium, or large size and is served with whipped lite cream.

The McDonald’s Strawberry shake is not only sweet and creamy but also refreshing with its real strawberry flavor.

This shake comes in a small, medium, or large size and is served with whipped lite cream.

How Many Calories Are in a McDonald’s Shake?

McDonald’s shakes have between 510 and 840 calories. The Chocolate, Vanilla, and Strawberry shakes have similar calories, and each size has a difference of approximately 100 calories.

Similarly, a small Vanilla shake has 510 calories, and medium and large sizes have 610 and 820 calories, respectively.

Lastly, a small Strawberry shake has 530 calories, a medium size has 620, and a large size has 840 calories.

How Much Do McDonald’s Shakes Cost?

The three standard shake flavors cost the same at McDonald’s, so you don’t have to feel bad about choosing your favorite.

Keep in mind that McDonald’s restaurants are franchise-owned, and prices may vary slightly depending on the location.

What Is a Shamrock Shake?

The Shamrock shake is McDonald’s famous seasonal shake with a minty flavor and festive green tint. It comes out every year in time for St. Patrick’s Day and has become a beacon of the coming of spring for many fans.

This syrup contains sugars, mint flavoring, and green dye to create a sweet and fresh flavor with a perfect color for celebrating St. Patrick’s Day and the coming of spring.

The Shamrock Shake can be ordered in four sizes: small, medium, large, and child size.

Like other shakes at McDonald’s, the Shamrock shake also comes topped with whipped lite cream.

You can also order extra whipped cream for an additional 99 cents.

This seasonal special has a long and full history.

Here are some fun facts that you may not know about the Shamrock shake:

The return of #ShamrockShakeSZN is finally here! 🎊Celebrate with the delicious new OREO® Shamrock McFlurry® or a classic and creamy Shamrock Shake. 🍀 pic.twitter.com/zoQFZKbbRj

When Does the Shamrock Shake Come Out?

Shamrock Shakes come out each year in February. They are available for several weeks before St. Patrick’s Day and several days after that.

Exact dates may vary by year and location, but this seasonal shake will always return in time to celebrate the holiday and the coming of spring.

Each year, the Shamrock shake reappears on McDonald’s menus around February 21st.

It is then available through St. Patrick’s Day on March 17th and several days after the holiday, but not beyond the end of the month.

In total, there are approximately 4-5 weeks each year to get this popular seasonal dessert.

The seasonal Shamrock shake is a popular fourth option with a minty sweet flavor and a festive green color.

If you’re looking for more tips about McDonald’s, check out the articles below.

McDonald’s Desserts: What You Need to Know Before Ordering

Does McDonald’s Serve Breakfast All Day? (A Must-Read Guide!)

What to Know About McChicken and McDonald’s Crispy Chicken Sandwiches

Lana Kisner is a writer on the Shopfood.com team. She has a B.A. in European Literary Studies and over two years of experience as a content and copywriter. She loves food and people and has spent more than 15 years in the foodservice industry.

In her free time, she enjoys traveling and exploring new places, live music, and hiking with her dog. 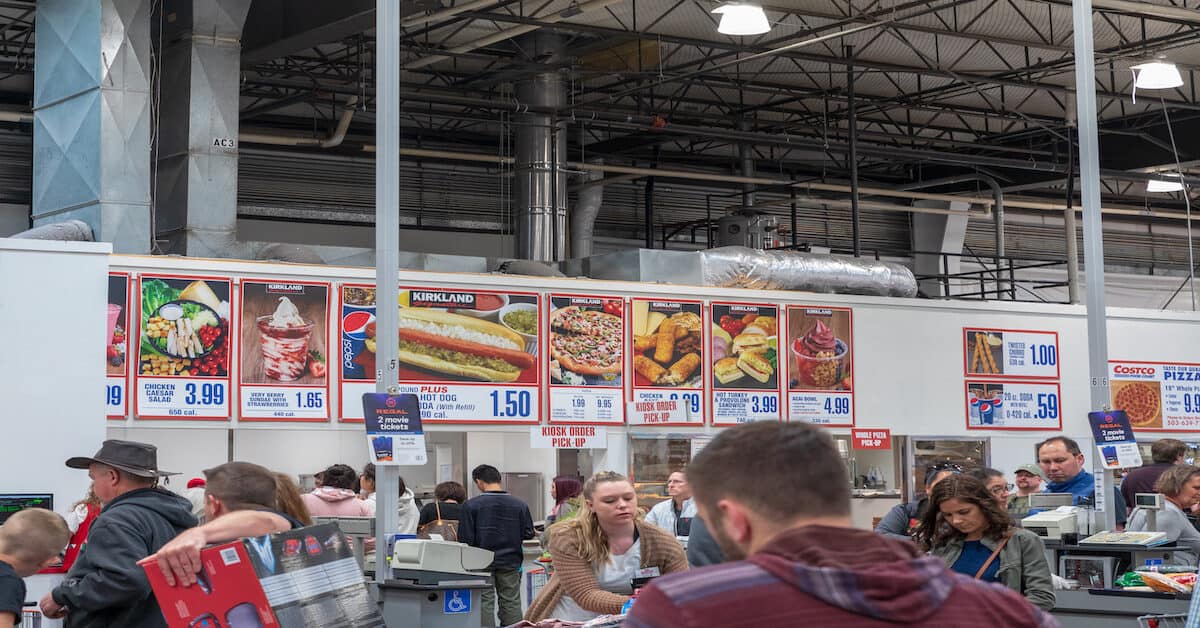 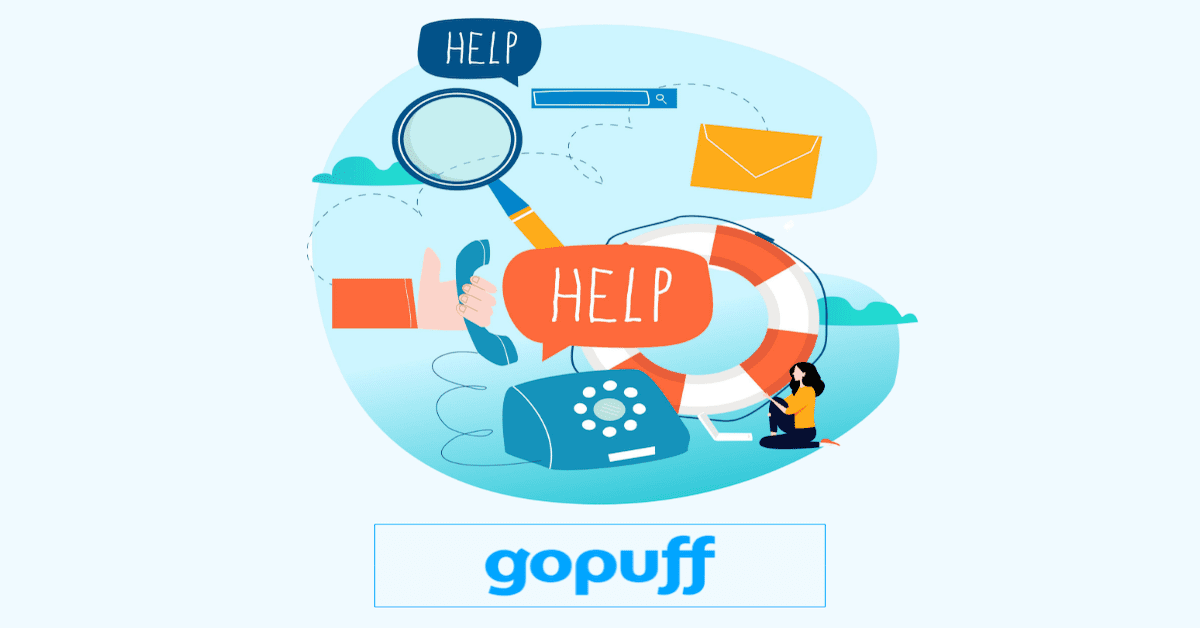 How to Contact Gopuff Customer Service (By Phone, Chat, and More)

How to Contact Gopuff Customer Service (By Phone, Chat, and More)

Disclosure: Shopfood.com is a participant in the Amazon Services LLC Associates Program, an affiliate advertising program designed to provide a means for sites to earn advertising fees by advertising and linking to Amazon. Shopfood.com also participates in other affiliate programs and is compensated for referring traffic and business to these companies, but there is absolutely no additional cost to you if you make a purchase using our links.