6 Best Arby’s Sides on the Menu

We can all agree that the sides complete a meal, and Arby’s sides surely do not disappoint.

From the cheesy mozzarella sticks to the famous curly fries, Arby’s menu has a side option for every appetite.

You can order Arby’s sides separately or as part of a combo. Depending on your location, they can also be ordered online for pickup or delivery.

Arby’s sides can be modified to have different sauces, and most sides come in two sizes.

If you want to order a side to complement your meal or as a quick snack, Arby’s has you covered with a variety of options.

In this article, we’ve rounded up the sides you can get at Arby’s, including their taste, texture, and nutritional values.

For those looking to munch on a snack with a cheesy crunch, Arby’s has mozzarella sticks on the menu.

These cheesy mozzarella sticks come in two sizes, 4 pc or 6 pc, and they also come with a small cup of marinara sauce to dip them in.

There aren’t any customizations available for the mozzarella sticks, but you can order any of Arby’s sauces with them, including the Horsey sauce, Arby’s sauce, or ketchup.

Another great snack on Arby’s sides menu is their premium 4 pc chicken nuggets.

This side item can pair well with any of Arby’s sandwiches or can be perfect on its own.

Arby’s chicken nuggets are thick, juicy, and made with 100% white meat.

In addition, the breading on the nuggets is seasoned well.

Arby’s premium 4 pc chicken nuggets include a side of BBQ sauce, but you can replace it with a different sauce if you are not a BBQ fan.

Other sauces include honey mustard, buffalo, and ranch. You can also get any of their sauce packets or a cheese cup.

The premium 4 pc chicken nuggets have the lowest calories among all Arby’s sides, with approximately 210 calories.

Lastly, the 4 pc nuggets have 600 milligrams of sodium and 12 grams of carbs.

Of all the side options, 4 pc chicken nuggets are the healthiest side on Arby’s menu.

Like the 4 pc, the 6 pc comes with the BBQ sauce, but you can get any of their other sauces on the side.

Plus, there is no limit on the number of dipping sauces you can have with each order.

You can order as much dipping sauce as you need without an extra charge unless you add on their cheese cup.

The crinkle fries are just one of two fry options on Arby’s sides menu.

Arby’s crinkle fries are a classic and an excellent choice to have with any of their savory roast beef sandwiches.

The crinkle fries have the traditional grooves on the fry and are drizzled with kosher salt.

However, that is the only seasoning the fries come with.

In addition, the crinkle fries do not come with a sauce, but you can modify your order to include any of their sauce packets or a cheese cup for an extra fee.

The medium size has approximately 530 calories, 630 milligrams of sodium, and 68 grams of carbs.

If you want your side to have a little spice, then Arby’s jalapeño poppers are made for you!

The jalapeño poppers are jalapeño halves filled with melted cream cheese and fried.

They come with a side of Arby’s bronco berry sauce, which gives this spicy snack a sweet element to balance it out.

Like the other sides on Arby’s menu, you can order this item ala carte or as part of your meal.

There aren’t many modifications available for the jalapeño poppers, but you can order them with the available sauce packets like the Horsey sauce, Arby’s sauce, and ketchup.

The jalapeño poppers are not as heavy in calories and sodium as you would expect.

The 5 pc has only 290 calories and 600 milligrams of sodium per serving. As for carbs, Arby’s jalapeño poppers come in at 46 grams.

We saved the best side for last—the famous Arby’s curly fries!

Curly fries are recommended with every meal you can order at Arby’s, and really, how can you go wrong with them?

These fries are thin, so the curled and fried potatoes have a nice crunch.

They also have a lot of seasoning and are so flavorful. You can taste the salt, pepper, onion powder, and garlic powder in each bite!

However, unlike the crinkle fries, these have a higher amount of sodium. The medium size contains approximately 1250 milligrams of sodium.

In addition, Arby’s medium curly fries have 550 calories and 65 grams of carbs.

Whether you want a companion with your meal or a small snack, Arby’s has a variety of sides for you to choose from.

In addition, Arby’s menu can also include sides that are available for a limited time or seasonally, like their white cheddar mac & cheese. So, make sure to keep an eye out for those side items on the Arby’s menu. 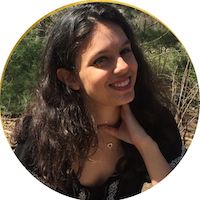