Can a Grocery Store Ban You?

You may be wondering what happens if you violate a store policy or get in trouble within a store. Businesses have certain legal rights, and they may execute them if situations arise.

In this article, we will discuss whether a grocery store can ban you, what the ramifications are, and if it can be enforced.

Any store, including supermarkets and grocery stores, can ban you from shopping there. As a private business, it is within their legal right, as long as it is not based on a bias against a federally protected class of people. How the ban is enforced and how long it lasts depends on the store, the local laws, and what caused the ban.

In a pandemic world where online shopping services such as Instacart have boomed, it helps open up more shopping options. Keep on reading to find out more!

What Happens If You Get Banned From a Grocery Store?

Getting banned from a grocery store means you are no longer allowed to shop there and can’t return to the premises. There are a few reasons a grocery store may decide to enact a ban against you.

As mentioned before, grocery stores cannot ban you if they have a bias against a federally protected class of people. Let’s touch upon that briefly.

Federally protected classes of people mean that aspects such as their race, religion, sexuality, and gender cannot be biased against.

If you are or suspect that you are banned for your race, religion, sexuality, gender, or any other protected class, that is illegal, and there is a bigger issue there. If that happens, it is a good idea to contact an attorney.

Grocery store bans happen for a reason. The most common one is getting caught shoplifting. If you are caught shoplifting, local authorities may also get called in to handle the legal ramifications of the situation since it is theft.

This can happen for other ban reasons, such as an altercation with an employee or another shopper.

At its most basic level, a grocery store ban means you cannot return to that premise for shopping or any other reason, and you will have to get your groceries at another establishment moving forward.

HOT TOPIC | Aldi has BANNED all students from a high school because some of the students had been shoplifting. Should this be allowed..? pic.twitter.com/sZcIMU5ha7

Does Getting Banned From a Store Go on Your Record?

Solely getting banned from a grocery store does not go on your record. However, the act that got you banned could be something with larger legal ramifications.

If you were banned, for example, for fighting with someone in the store, that person could press charges, and it would be something that would get resolved in criminal court.

If the act that got you banned results in law enforcement getting involved, arrests, or charges pressed, that could go on your record.

If you re-enter the store after you are banned and get caught, that is considered trespassing, which can go on your record.

Although grocery store banning won’t follow you on record, what got you there might if it escalates.

Can You Still Shop Online If You’re Banned From a Grocery Store?

Yes, you can still shop online if you are banned from a grocery store. You are not walking into the store itself but rather getting your groceries delivered, so it is OK. Just make sure you don’t choose the “pick up in person” option; otherwise, you will have issues.

This also applies if you use any grocery shopping delivery services, such as Instacart. Even if you are banned from the store, your shopper can pick up the items for you and bring them to your home.

Can You Be Banned From a Grocery Store for Life?

Yes, you can be banned from a grocery store for life. This is up to the owner of the store and what brought on the ban. Some stores have strict policies such as Walmart. If you get caught stealing, they ban you for life, even if it is the first time it has happened.

I worked in a supermarket and I was putting out fruit and veg when an old man approached me and told me I clearly needed to eat more of them since I was fat – then he followed me when I got my lunch and asked if he could check the calories. He was banned from the store.

How Long Can You Be Banned From a Store?

How Do Stores Enforce Bans?

Local laws mean that when it comes to enforcing store bans, security or law enforcement needs to be called in. According to reports from grocery store employees, they are not allowed to escort you out of the store.

If they recognize that you are banned from the store, the employee must call security to escort you.

Since returning to a store after you have been banned is considered trespassing, the employee could also contact local law enforcement.

There are cameras everywhere in many grocery stores, so if you get recognized, especially if you do something again, the store can pursue legal action.

It is also important to note that if you get banned from a chain store, you are banned from every location that the store has.

If I get banned from going to a store, do you think it’s going to be easy for me to get into that store in the future as it was before I got banned?

Can You Get a Store Ban Lifted?

Whether you can get a store ban lifted depends on the store and the situation. If you were young when the ban happened, or if a lot of time has passed, you can try calling the head of the store and see if they will lift the ban.

If it is a small grocery store and you know the owner, there is a possibility that you can talk to them and see if they will lift the ban.

For a larger grocery store, you can try to call the headquarters and see if they will lift the ban. For a larger, more corporate store, it seems to be an uphill battle to get a ban lifted.

Some attorneys have also advised that if you shoplifted and were not charged with any crimes, calling to get a ban lifted would not be the best idea. Corporate could still choose to prosecute if you bring it back to their attention.

If you want to get your store ban lifted, feel out the situation based on the size of the store, why you got banned, and how much time has passed since the incident.

If you’re interested in finding out more about grocery shopping, check out the related articles below.

Why Do Some People Dislike Grocery Shopping?

How Do Grocery Stores Verify Checks? (And If They See Your Balance)

16 Grocery Stores With Home Delivery (And How Much It Costs) 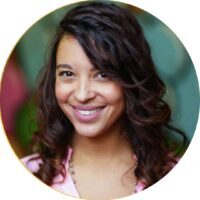 Joanna Smykowski is an attorney and marketing professional with over five years of experience writing for various industries, including food and drink. When she’s not working, you can find her traveling, reading, or dancing.