20 Best Things to Order on the Taco Bell Menu

There’s a reason Taco Bell has become one of the most popular fast food chains in America.

Not only do they have amazing Mexican-inspired dishes, but they also have some of the most affordable prices around.

With so many delicious items on the Taco Bell menu, sometimes it can be a little hard to decide what to order.

Instead of just picking something randomly, you can get some ideas by browsing through our list of the best things to order on the Taco Bell menu.

We have also included the nutritional content information for each item so that you can make better choices for your health.

It’s then topped with layers of tomatoes, Mexican pizza sauce, and a melted three-cheese blend on the top.

The result is this slightly crispy, hot cheesy pie that you can eat by yourself or share with your friends and family.

The Taco Bell Mexican Pizza has a moderate amount of calories, reaching 540 per pie.

The Steak Quesadilla from Taco Bell is one of the best things on the menu.

Then, it’s toasted to perfection and cut into wedges for easy eating.

This quesadilla is the perfect blend of savory and spicy, and it’s sure to become one of your favorite Taco Bell menu items.

Although Taco Bell does not offer fries, they have something better.

The soft, spicy potato chunks are an excellent replacement for the fast-food fries you find at other chains.

If you want something a little lighter but still packed with flavor, we recommend the Nachos Bellgrande.

You can also add jalapeno peppers, guacamole, or steak to the mix.

And instead of the regular nachos cheese sauce, you can bring in some heat with the creamy jalapeno sauce.

How can Taco Bell’s most popular drink not land on our list?

This delicious and refreshing drink is perfect for those looking for a pick-me-up.

It contains the same caffeine in a cup of coffee to help you get through the day.

These soft and fluffy pretzel sticks are covered in a cinnamon sugar coating that will make your taste buds tingle.

They’re the perfect sweet snack to get from Taco Bell, and they’re also vegan!

Each order of Cinnamon Twists contains 170 calories, 1g of protein, 27g of carbs, and 6g of fat.

Vegetarian food doesn’t have to be tasteless and dull. Taco Bell made sure to pack a ton of flavor into their Fiesta Veggie Burrito.

This burrito is made with a flour tortilla and includes black beans, seasoned rice, fiesta strips, a three-cheese blend, sour cream, tomatoes, guacamole, and chipotle sauce.

It’s hearty, filling, and best of all – vegetarian!

So next time you’re at Taco Bell and looking for a meat-free option, go for the Fiesta Veggie Burrito.

Breakfast is the most important meal of the day, and Taco Bell’s got you covered.

The Cheesy Toasted Breakfast Burrito Potato is a flour tortilla filled with eggs, a three-cheese blend, diced potatoes, and tomatoes. It’s then toasted to perfection.

It is the perfect breakfast burrito on Taco Bell’s breakfast menu, whether you’re a vegetarian or meat lover.

You can add sausage crumbles, steak, or bacon to your order for meat lovers who want to level up their burrito.

The Cheesy Toasted Breakfast Burrito Potato has 340 calories, 9g of protein, 44g of carbs, and 14g of fat.

A chalupa looks like a taco, but it is not a taco. Instead, a chalupa shell is made from corn and deep-fried to a crispy consistency.

Although three other variations of chalupa are available on the Taco Bell Specialties menu, the Chipotle Cheddar Chalupa takes the cake as our favorite with its equal portion of meat, cheese, and vegetables.

But beware, it also has the highest calories out of the chalupa options, with 420 calories per shell.

This classic taco is a favorite among many, and it’s perfect for those looking for a light meal.

If you want to make a meal out of the Soft Taco Supreme, you always have the option to add rice, black beans, guacamole, and potatoes to the mix.

The Power Menu Bowl Veggie is a vegetarian option perfect for those looking for a hearty and filling meal.

Even though the Power Menu Bowl offers a grilled chicken option, we love the veggie one more as it allows you to add chicken or steak to the order.

These little balls of heaven are the perfect sweet treat from Taco Bell.

They’re warm, fluffy, and come in a two or twelve-piece order.

We recommend getting the twelve-piece so you can share them with your friends. Or not.

We won’t judge you if you keep them all to yourself!

If you’re looking for a refreshing and fruity drink, the tropical fruity taste of Mango Whip Freeze will send your taste buds on vacation.

This frozen drink is made with mango puree, ice, and a touch of cream to give it a smooth and creamy texture.

It’s the perfect drink to enjoy on a hot day, and it’s also vegan-friendly.

It’s made with mango juice, ice, and vanilla creamer whipped into a creamy, icy treat.

This delicious drink is perfect for those hot summer days.

If you are not a fan of mango, you can always opt for their Wild Cherry Freeze.

Taco Bell uses a lot of beef in its recipes. But that doesn’t mean they don’t also use chicken.

The Chipotle Ranch Grilled Chicken Burrito is a perfect example of this.

The combination rivals that of a super healthy Mexican grilled chicken salad.

So if you’re on the go but still want something nutritious, give the Taco Bell Chipotle Ranch Grilled Chicken Burrito a try.

The smell of bacon, egg, and hash browns is enough to make anyone’s mouth water.

The Breakfast Crunchwrap Bacon at Taco Bell is a must-try for a hearty and filling breakfast.

It’s made with bacon, eggs, hash browns, cheese, and creamy jalapeno sauce in a flour tortilla and grilled to perfection.

If you’re looking for a breakfast that will keep you full until lunch, the Breakfast Crunchwrap Bacon is the way to go.

If you don’t like bacon, you have the option to swap for sausage instead.

The entire thing is then sprinkled with a layer of cheese and toasted until the outside is nice and crispy.

Like most items on the Taco Bell menu, you can customize the order to your liking.

Guacamole, jalapeno peppers, and tomatoes are some of the most popular upgrades to the Double Steak Grilled Cheese Burrito.

At 920 calories, this burrito is one of the more hearty items on the Taco Bell menu.

If you are a fan of Cinnabon, how awesome is it that you can enjoy the Iced Cinnabon Delights Coffee at Taco Bell?

This tasty drink is made with a cold-brew coffee blended with Cinnabon cinnamon syrup, milk, and ice.

This is the perfect drink for anyone with a sweet tooth. It’s also great to get your caffeine fix on a hot summer morning.

During wintertime, you may want to try the hot Cinnabon Delights Coffee instead of iced coffee.

It is equally delicious and will warm you up on a cold day.

The Cheesy Gordita Crunch is one of Taco Bell’s most iconic menu items.

Then, it’s wrapped in a grilled flatbread stuffed with a three-cheese blend.

This is a must-try for anyone looking for a cheesy and crunchy meal.

The Crunchwrap Supreme is one of Taco Bell’s most popular menu items, and it’s easy to see why.

Then, it’s wrapped into a tostada shell and grilled to give the shell a crunchy texture.

This is a must-try for anyone looking for an option with a healthy balance of vegetables, meat, and carbohydrate.

For vegetarians, you’ll be happy to know that Taco Bell offers a Black Bean Crunchwrap Supreme that is equally delicious.

If you’re looking for some late-night munchies, you should go for the Nacho Cheese Doritos Locos Tacos Supreme.

This way, you don’t have to decide whether to get a bag of Doritos or Taco Bell.

It’s the most clever way to kill two birds with one stone!

The Nacho Cheese Doritos Locos Tacos Supreme has 190 calories, 8g of protein, 15g of carbs, and 11g of fat.

Taco Bell is a fast-food chain that offers a variety of Mexican-inspired dishes. No matter what you’re in the mood for, Taco Bell has something for everyone.

Although we have come up with our 20 favorite items on the Taco Bell menu, there are still so many delicious and unique options.

So head to your nearest Taco Bell and enjoy a delicious meal today. You can try one (or all) of these fantastic items or something new from the menu.

Either way, we’re sure you’ll find something you love! 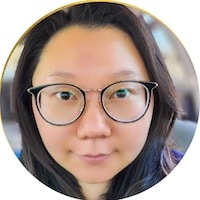