Dunkin Donuts has stepped up its beverage game in recent years, offering a vast selection of coffee, tea, and refreshers, but the name Dunkin’ will always be synonymous with donuts.

While donuts are no longer the only menu items available at Dunkin’, they are still among the best.

As one of the best donut chains, Dunkin’ always introduces new and recurring seasonal favorites, but their classic donut flavors remain some of the most popular.

In this article, we’ve rounded up the 20 best donuts from Dunkin’ and ranked them based on their taste and overall experience.

Read on for our list of the top Dunkin Donuts donut flavors and see where your favorite ranks!

Jelly might be the most divisive donut flavor, which is why it’s at the bottom of our list.

People either love or hate it, but regardless of how you feel, you will probably end up with some of the filling on your shirt.

Dunkin’s Jelly Donut is made with their yeasted dough and filled with fruity jelly, which is a combination of apple and raspberry.

It’s then coated in a blend of powdered and granulated sugar.

The donut is sweet, but not too sweet. So if you’re a jelly donut lover, dig in! Just remember to grab extra napkins.

Dunkin’s Coffee Roll tastes like a subtle cinnamon roll made of donut dough.

It’s not coffee flavored, but rather a donut that’s meant to be enjoyed with coffee.

While we could argue that all of the Dunkin Donuts donut flavors go great with coffee, this is an exceptionally good combination.

It is made with yeasted donut dough rolled into a spiral with cinnamon and covered in a sugar glaze.

While the Strawberry Frosted Donut with Sprinkles does have a pleasant, faint “strawberry milkshake” flavor, its real appeal is that it looks like the picture-perfect depiction of a donut.

If you could reach into a cartoon and pull out a donut, it would look exactly like Dunkin’s Strawberry Frosted with Sprinkles.

The donut starts with Dunkin’s yeasted dough formed into a classic ring shape.

Dunkin’s Chocolate Creme is a soft, cloud-like donut that’s unassuming on the outside but filled with chocolatey goodness on the inside.

It’s a good option for chocolate fans, but the filling would be better if it were less sweet and had more of a rich chocolatey flavor.

It is made from yeasted dough filled with a chocolate buttercream filling.

The buttercream is made from sugar, vegetable shortening, and corn syrup base and has a mousse-like texture but is definitely on the sweet side.

The donut is then covered in powdered sugar.

While it may not be the best choice on days when you’re wearing a black sweater, Dunkin’s Powdered Donut is a delicious, reliable classic.

It’s pillowy soft and sweet, and it’s only made better by a quick dunk in a cup of hot coffee.

This is a simple yeasted donut formed into a classic ring shape.

The Maple Frosted Donut is another twist on a classic frosted donut, and it’s particularly perfect when enjoyed alongside your coffee on a crisp fall morning.

It’s sweet without being too sugary, with a caramelized vanilla sugar flavor that tastes like real maple syrup.

This is a ring-shaped yeasted donut topped with maple-flavored icing.

The Glazed Donut is about as classic as it gets.

It may be too simple for some people, but its lack of bells and whistles is precisely why it’s stood the test of time and remains one of the most popular donut flavors.

Dunkin’s Glazed Donut is a little cakier than some competitors, but that means it holds up better when you dunk it in your coffee!

It is made from a simple yeasted donut dough, formed in a classic ring shape, and then covered in a slightly sticky, sweet sugar glaze.

If you’re not a fan of coconut, you may want to keep scrolling, but Dunkin’s Toasted Coconut Donut strikes the perfect balance between a simple pastry and a coating that adds something extra.

There’s no added coconut flavor to the donut, so it’s not overwhelming (and doesn’t taste like sunscreen), but the coconut flakes add just a little extra sweetness, making this one of the best Dunkin Donuts donut flavors.

It is another simple yeasted donut covered in a sugar glaze before being tossed in sweetened toasted coconut flakes.

Dunkin’s Apple Crumb Donut is the closest you’ll get to a pie in donut form.

The soft donut is filled with a gooey pie filling and sports all the flavors of America’s favorite fall treat.

It is a yeasted donut filled with a chunky apple filling seasoned with cinnamon and nutmeg.

The donut is then topped with vanilla-flavored icing and sugar and coconut-based “buttercrunch topping.”

Some might think the Old Fashioned Donut is boring, but it falls in the middle of our list because it’s the best option for dunking into your beverage of choice (we recommend coffee or hot chocolate, not a refresher.)

The Old Fashioned Donut is Dunkin’s plain cake donut. Instead of yeast, it uses baking soda for leavening.

The Cinnamon Donut takes the Old Fashioned Donut a step further by coating it in a crunchy topping of cinnamon sugar.

It adds a bit of sweet spice without taking away from the donut’s buttery, cakey core.

As long as you don’t mind some cinnamon floating around in your coffee, this is another excellent option for dunking.

The Cinnamon Donut starts with Dunkin’s cake donut base.

It’s rolled in a cinnamon sugar topping made of dextrose, cinnamon, cornstarch, and palm oil.

This ring-shaped donut is made from Dunkin’s yeasted donut dough. It’s covered in fudgy chocolate icing.

Dunkin’s Butternut Donut is kind of an enigma. It’s a popular choice, but many people aren’t sure what it’s made of.

It’s coated in a crunchy, satisfying topping that’s actually made from coconut, though it doesn’t taste like the Toasted Coconut Donut – It has a much more subtle caramelized flavor.

The Butternut Donut is a yeasted donut covered in sugar glaze.

The Glazed Blueberry is one of the best Dunkin Donuts donut flavors for breakfast.

It’s denser than a blueberry muffin, with tiny pieces of blueberry scattered throughout rather than large, jammy berries.

The Glazed Blueberry Donut is made from Dunkin’s cake donut dough studded with tiny pieces of blueberry.

It’s then covered in a sweet sugar glaze.

The Apple Fritter is a little different from the rest of Dunkin’s donut menu items.

Rather than a filled or topped donut made entirely from the dough, it’s a huge, chunky donut made up of pieces of apples that are coated in batter and then fried.

It may not be the healthiest donut on the menu, but tearing off delicious chunks of the fried, dough-coated apple makes it all worth it.

The Apple Fritter is made from an evaporated apple filling tossed with cinnamon and Dunkin’s yeasted donut dough.

It’s fried into a chunky, irregular round and topped with the sugar glaze.

The Double Chocolate Donut is the ultimate chocoholic’s dream.

If the devil’s food-like Glazed Chocolate isn’t chocolatey enough for you, try the one draped in rich, fudgy chocolate icing and see if that satisfies your craving.

This ring-shaped donut is made with Dunkin’s cocoa powder-infused chocolate cake donut dough.

It’s then covered in chocolate icing.

Sour cream donuts have amassed something of a cult following, and it is one of the best donut flavors at Dunkin’.

However, it’s definitely an “if you know, you know” situation.

It doesn’t actually taste like sour cream, but sour cream is incorporated into the batter and reacts with the baking soda, making the donut rich, dense, and moist.

The inside of the donut is tender, while the outside is slightly crispy.

The Sour Cream Donut is made from cake donut batter with sour cream mixed in, which results in a tender, cakey donut.

It is then covered in sugar glaze.

The French Cruller is a tried and true classic on the Dunkin Donuts donut menu.

It’s a light-as-air donut with a distinctive ridged shape and custard-like flavor.

The airy center and crunchy exterior make this one of the best donuts at Dunkin’.

It is made with a special egg-heavy French Cruller mix.

It’s leavened with baking soda rather than yeast, just like Dunkin’s cake donuts, but the addition of extra eggs in the mixture makes it light and full of air pockets.

It’s then covered in a sweet sugar glaze.

The Glazed Chocolate Donut from Dunkin’ is the best way to get your chocolate fix on the go since you won’t have to contend with the messy chocolate icing that comes on other chocolate options.

Rather than a chocolate icing coating like the Double Chocolate Donut, this one gets a layer of sugary glaze, which adds a little pleasant crunch to the donut.

The Glazed Chocolate Donut is made from Dunkin’s chocolate cake donut dough.

It’s formed into a ring shape and coated in sugar glaze.

The Boston Kreme is the best donut at Dunkin Donuts.

The custardy vanilla-flavored filling is perfectly complemented by the fudgy chocolate icing on top.

It’s sweet, but not nearly as sweet as Dunkin’s buttercream-filled donuts.

It takes the classic Bavarian Kreme one step further by being a little less messy and a little more chocolatey — we call that a win-win!

The Boston Kreme Donut is a filled yeast donut.

Whether picking up one for breakfast or a dozen to share, you’ll find plenty of flavors on the Dunkin Donuts donut menu.

From Boston Kreme to Glazed Chocolate to French Cruller, Dunkin’ offers a wide array of donut flavors that will satisfy every taste bud.

There’s always something new to try, but the classic donut flavors on our list have withstood the test of time, which makes them the best donuts on Dunkin’s menu.

For more information about Dunkin Donuts, check out the articles below. 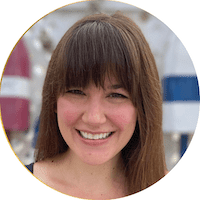