Why Do People Shop at Supermarkets?

With various types of stores to do grocery shopping, it’s nice to know which is the most convenient and reasonably priced. Supermarkets are among the most popular types of stores for grocery shopping; in fact, most shoppers choose to frequent supermarkets over going to alternatives like superstores when they are looking to get their weekly groceries.

So, why do people shop at supermarkets?

Most shop at supermarkets because of the convenience. Being able to buy everything in one shopping trip beats having to go to multiple stores to find everything on the shopping list. Supermarkets are ideal for those getting groceries as their main focus is on food rather than home items.

While supermarkets are ideal for grocery shopping, most of the time, a superstore is the right choice for additional shopping needs.

If you’re not sure the difference between these two kinds of stores, this article will get into the difference as well as what you need to know about the supermarkets you frequent!

Stores that sell items like furniture and large electronics are considered a Superstore, not a Supermarket, and do not qualify for the 6% cashback. ^Nica

What’s the Difference Between a Supermarket and a Superstore?

The primary difference between a supermarket and a superstore is the range of products offered to customers. More specifically, supermarkets mostly sell just food, whereas superstores sell other items such as clothes, home décor, and electronics in addition to food.

The food sold at supermarkets usually includes both perishables and non-perishables, a deli, bakery area, and oftentimes a butcher.

In some supermarkets, you can also find other items such as:

However, in general, the bulk of the supermarket is just going to be food items.

Alternatively, at a superstore, you’ll find a wider variety of items. In addition to a grocery section, you can also usually find clothes, home décor, and other non-food related items.

Superstores are less focused on food and more focused on the other products they sell, which sets them apart from a supermarket.

Some supermarkets you may shop at include Safeway, Stop & Shop, and Wegman’s. A superstore, on the other hand, includes stores like Target and Kmart.

Is Walmart a Supermarket or a Superstore?

Walmart is another example of a superstore. While Walmart does have a large focus on its food section, it also sells a wide range of other items. This is what classifies Walmart as a superstore rather than a supermarket.

This big-box store ranges in products from children’s toys, electronics, food, and home décor. Walmart does sell a lot of food and usually has about half of its store’s footprint dedicated simply to groceries, which is why it is often mistaken for a supermarket rather than a superstore.

However, next time you’re trying to decipher between a supermarket and a superstore, ask yourself if the store has at least half of it devoted to non-food items.

Maybe it’s a garden center, school supplies, outdoor gear, or household items. Regardless, this is a major distinction between the two types of stores!

How Do Supermarkets Choose What Products to Sell?

The products sold at supermarkets differ first by region. The demographic and region of the world are both major factors that go into the products that stores stock up on.

This is why many stores have varying products regionally, even if it is the same chain. Although most supermarket chains use the same vendor for all of their stores, customers demand different products depending on the cuisine of the region they live in.

This also takes into consideration religious groups in the area that require specialty items and the kinds of items the majority of patrons are looking for.

For example, a supermarket in a large city may prioritize having a large deli since so many customers are looking to get food on the go.

The last factor that goes into deciding which products to sell is looking at which items bring in the most profit. If an item is not selling after a few weeks to months, it will often be discontinued.

Therefore, the most popular items among customers are what you will see when you go to your local supermarket. This can often reduce the number of specialty items that the store sells because if only a few customers are buying them, it may be losing the store money.

Whereas some stores will keep these items and choose to take the hit to maintain their status as a one-stop-shop and avoid losing any customers to stores with more specialty items.

How Do Supermarkets Get Their Inventory?

The vast majority of supermarkets get their grocery supplies through wholesalers or bulk distributors. Any additional items such as organic, natural, or certain culturally diverse foods are generally purchased directly from the manufacturer.

The general items that supermarkets carry, which shoppers can find at most stores, come from wholesalers or bulk distributors; however, this does not go for specialty items.

In general, getting supplies from wholesalers or bulk distributors is cheaper for the store, which is why the vast majority of a supermarket is stocked with more mainstream brands and products rather than having specialty goods or more uncommon health foods.

The amount of additional special items is generally a reflection of the store’s demographic more so than any other factor simply because the supermarket must know that these items will sell to make the purchase worthwhile for them.

Sweet corn harvest underway. Fresh, locally grown produce from the Macquarie Valley coming to a supermarket near you. pic.twitter.com/maVVhpIaUd

How Do Supermarkets Buy Produce?

Supermarkets have employees who specifically buy produce from local farmers and distributors. Ideally, produce can be sourced locally from farmers. If the quantity needed cannot be purchased from one farmer, the store will generally source from multiple farms to get the necessary quantity.

One of the main reasons produce quality differs so much between supermarkets is because of the price they’re willing to pay for the local produce.

In addition to this, the region is critical as some areas of the world do not have as much access to fresh local produce.

For example, an area that grows corn will get the crop in abundance and often for cheaper, whereas the same store may have difficulty getting good peaches in the summer since they have to be shipped and not locally sourced, making them more expensive as well.

How Often Do Supermarkets Restock?

All supermarkets differ in their schedules, but generally, they will restock about twice per week. The most common schedule is to deliver a restock on Monday or Tuesday (post-weekend rush) and towards the end of the week around Thursday or Friday to be fully stocked for the weekend.

This will vary between markets depending on their size and the number of shoppers they have on average, but generally, a supermarket will restock twice per week to avoid running out of any important items that could drive down sales or lose loyal customers.

In this article, we covered the reasons people shop at supermarkets for their weekly groceries. We learned that the main reason is the convenience of finding all items on their grocery list at supermarkets.

We also discovered the differences between a supermarket and a superstore.

People enjoy shopping at supermarkets because they are generally more focused on high-quality foods and produce than superstores.

Superstores are a great one-stop-shop for those who need a lot of additional goods when they go out shopping or for someone who needs household items and only a few grocery items.

However, for those who are simply going out shopping for groceries alone, a supermarket will almost always be the better option.

If you’re interested in finding out more about grocery shopping, check out the related article below.

Why Do Some People Dislike Grocery Shopping?

When Do Grocery Stores Restock? (Here’s What to Expect)

How Often Should You Buy Groceries?

What Is a Food Co-op? (And How It Works)

Eril Eti is the founder of Shopfood.com. He has over a decade of experience in the consumer goods industry. He launched many successful products for major brands sold at retailers like Walmart, Costco, Amazon, Target, Kroger, Publix, and more.

He likes to write and share his experience with others. Outside of work, you can find him at a hiking trail in New England or playing soccer with his kids. 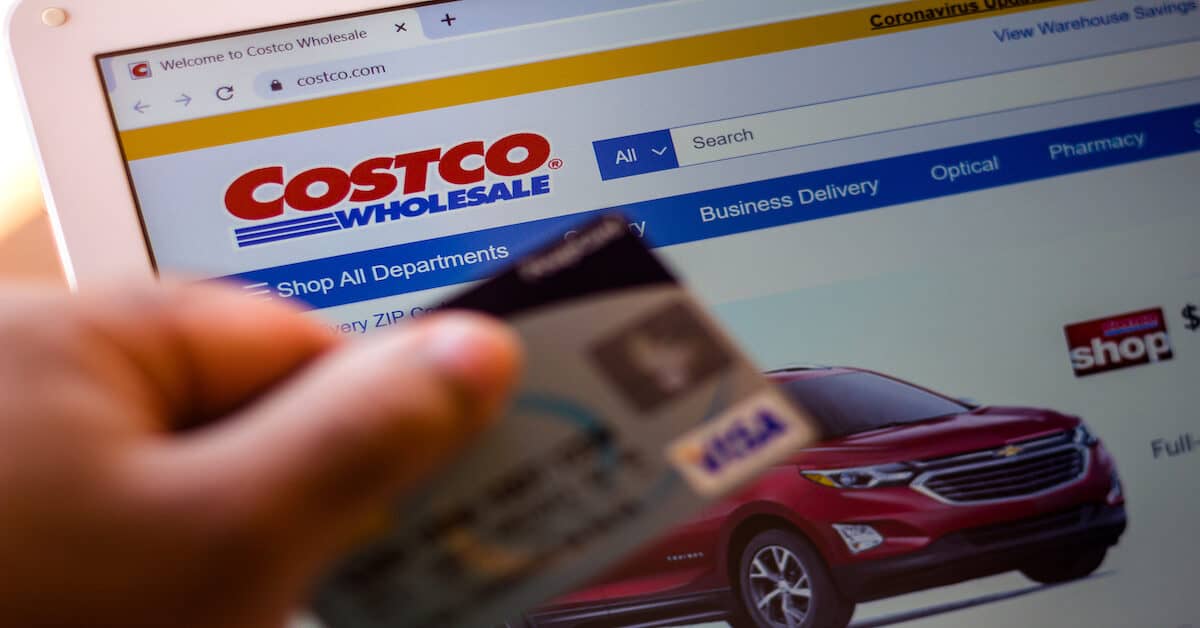 Everything You Need to Know About Costco Online Shopping

Everything You Need to Know About Costco Online Shopping 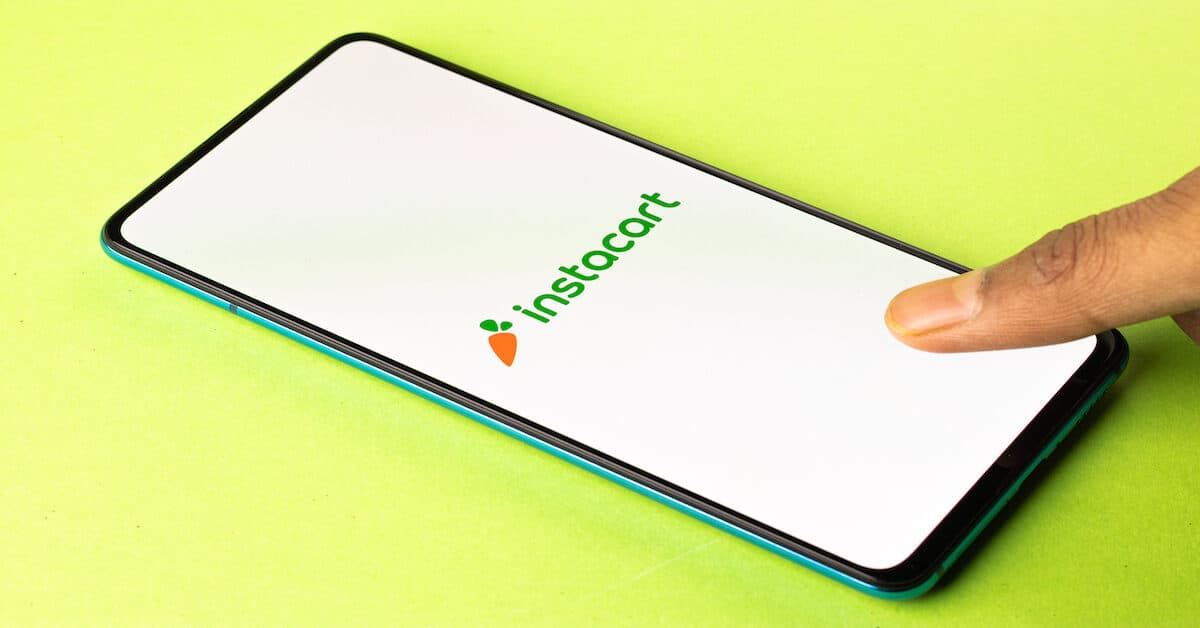 How Do Instacart Replacements and Special Requests Work?

How Do Instacart Replacements and Special Requests Work?

Disclosure: Shopfood.com is a participant in the Amazon Services LLC Associates Program, an affiliate advertising program designed to provide a means for sites to earn advertising fees by advertising and linking to Amazon. Shopfood.com also participates in other affiliate programs and is compensated for referring traffic and business to these companies, but there is absolutely no additional cost to you if you make a purchase using our links.